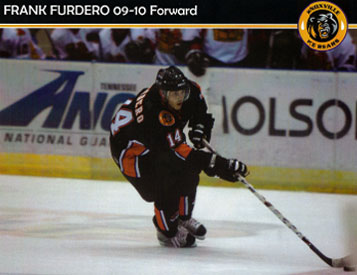 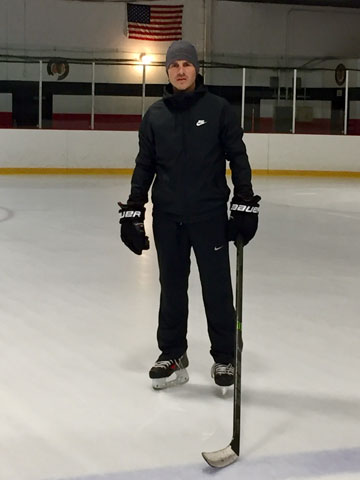 My name is Frank Furdero, I grew up here in Detroit playing AAA for all the local teams. I played 5 years of juniors, 2 of those years I played for Compuware ambassadors in the NAHL. In 2002 I won the jr A national championship. I went to play 5 years professional, winning a professional championship in 2009.

I retired in 2010-11. I knew I wanted to coach and teach young hockey players in the Detroit area. I have coached for several different AAA organizations. Started out coaching for Belle tire. I coached the 2000 and 03 age group for 3 years. I then went on to coach Little Caesars 03 and 05 age groups. From there I coached Victory Honda 03. I then went back to Little Caesars and coached the 06 boys, 19u, 16u, and 14u LC girls.

Along with coaching the past 6 years I have also been the skill coach of multiple high schools ( Rochester United, GPS).
During the past 6 years I taught private lessons mostly for the kids that were on my teams. It wasn't until 2014 that I realized I had a talent at teaching fundamentals and skills to all ages boys and girls. I took a job working for TPH as an on ice instructor and a mentor to the students. I moved on to DHA as the Director of Player Development. I left DHA in 2016 to start my own company.

The most important part of teaching is making it fun and competitive. If a kid is having fun they will retain a lot more and continue to come back to the rink excited to learn and become a better hockey player. Kids need to know why they are doing a specific move, when to do it and what to look for. All the years I played I was never taught what to look for.

Here at FEHT I set up game situations and teach kids how to create time and space on the ice, while playing hockey time and space is everything. When you have more time to think, you make better plays.

FEHT is different in many ways, we tailor each lesson to each kids specific needs, not one lesson is the same. Each fundamental and skill is taught differently to each kid because every kid has a different process of learning. I believe that's where FEHT separates itself from the rest. If a young hockey player is struggling with what I am teaching it's because I haven't found a way for them to understand it. As a teacher you need to be a hybrid. There are a number of instructors out there that run the same drills and explain the break down of skills/fundamentals the same way. That's wrong, each kid learns differently.

Why lessons are beneficial

Lessons are beneficial because your team practice cannot give you the individual attention on what you need to improve. Coaches do not have the time. They focus on the team as a whole and winning hockey games.

I break down the reps for a player during practice. Typically a player gets 3-4 reps for every drill, and if their doing it wrong they're not always stopped and taught it correctly, so they go on doing it wrong. An 80 minute practice has around 5-10 drills. So your son or daughter is only getting several reps per each drill. In a private lesson at FEHT you have someone over your shoulder correcting every mistake you make.

In a game you typically get 4 shifts a period at one minute a piece. That's roughly 12 minutes you are on the ice. At that pace 5 games is equivalent to one lesson! 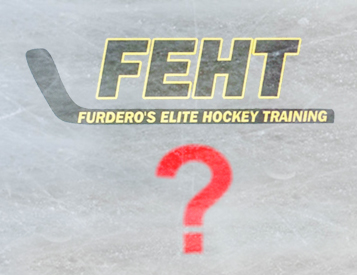 Here at FEHT, the game situations are set up and everyone is taught to create time and space on the ice, while playing hockey time and space is everything. More time to think results in much better plays. FEHT is different in many ways as each lesson is tailored to the individuals specific needs, not one lesson is the same. Each fundamental and skill is taught differently because everyone has a different process of learning; that’s where FEHT separates itself from… 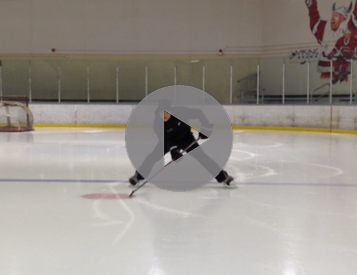 These tutorial videos are to help individuals learn certain skills and techniques essential for hockey. As you continue to grow in your hockey career, you will find more advanced and complex maneuvers, tricks and techniques. Below are some samples of our teaching here at FEHT.